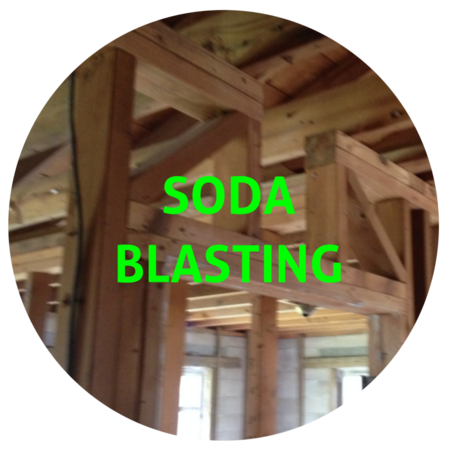 Soda blasting removes contaminants, pollutants and coatings  without the use of harmful volatile chemicals such as Sodium Hypochlorite, Sodium Lauryl Sulfate,  Methanol, Toluene, Acetone, Trichloroethylene, MEK and Methylene Chlorides. By simply using compressed air and baking soda to remove pollutants, even the use of sand paper is often eliminated. While blasting with other abrasives also eliminates much of the above, the negative effects on both the environment and the blast operator make soda blasting the clear green choice.

Rarely is a technology invented that not only solves a myriad of problems efficiently, but also turns out to be the most environmentally friendly solution. This is the case with soda blasting.